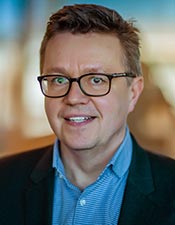 Dr. Jänne is a translational thoracic medical oncologist at the Dana-Farber Cancer Institute and a professor of medicine at Harvard Medical School. He is the director of the Lowe Center for Thoracic Oncology and the scientific co-director of the Belfer Center for Applied Cancer Sciences. After earning his MD and PhD from the School of Medicine at the University of Pennsylvania, Dr. Jänne completed his internship and residency in medicine at Brigham and Women’s Hospital.